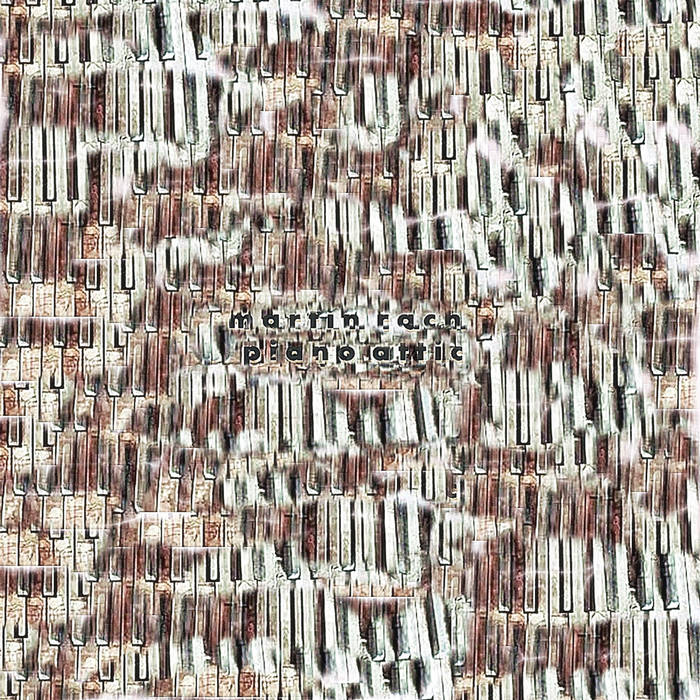 These are improvised pieces using grand piano samples and playing them through some simple software programs i found on the net (www.ixi-software.net) - for the first piece it was lauki, for the second - crystals. Both of them (pieces) owing a lot to the abilities/failures - especially the second one - of my already 'dead' pc.

"Piano Attic is Martinas Rakshtinas aka Martin Rach`s another issue from the year of 2016 (Late Autumn Quartets, Winter Quartets, Fall Quartets were issued before it). The Lithuanian musician’s 2-piece composition, especially the title track used to draw upon piano-driven experiments where are represented a pile of broken, ragged chords being subjugated to the force of electronic algorithms. The soundscape is a slow-motion one where any of the chords used to have enough free space around to be amplified and progress into another second of time. Of course, because of that the issue is slightly lethargic and even dreamy. It is built on a simple base, where the keys are disguised by electronic effects at a part extent. In a word, the title track is a case of the transmission and modification though sounds. The second track The Portrait of a Lame Man starts off differently with faint glaring droning being saturated with skipping “errors, which later will be complemented by lone piano chords. By listening to it one can see ghosts coming from the attic, from the slots of an old piano. The more you listening to it the more you can hear the music sounding like a dropping piano, which in turn is transposed and as if moving further and back spasmodically. In a word, the result is intriguing and playful. "

"On ‘Piano Attic’ the titular instrument is played such that no easily identified repeating rhythm or melody can be discerned. The very slow pacing of the beginning of track one is joined by more rapid, digitally spasms of tinkling keys. The second track is a sample collage of sounds recorded by bonking, or prodding, or poking various less audibly identifiable territories on the instrument."