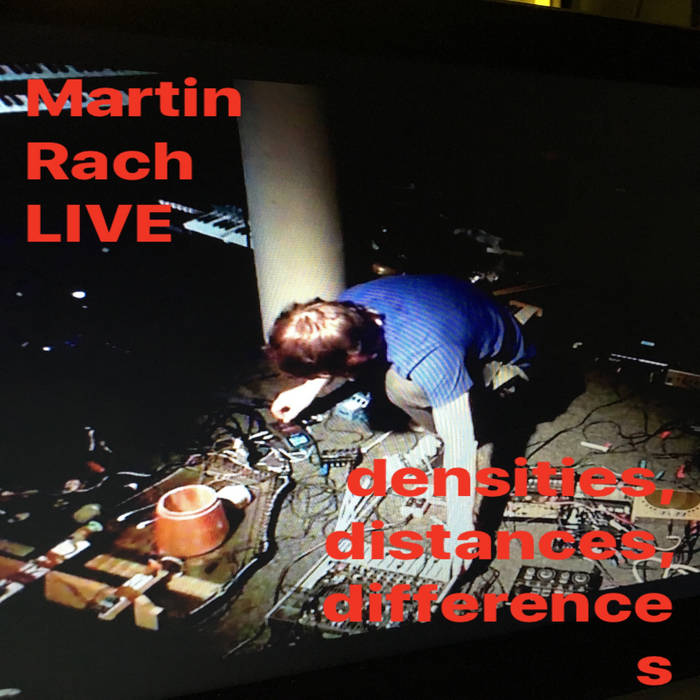 Martin Rach is able to push all your buttons (and probably his own ones at the sane time!) by being able to create entire sound events that will push the ears to the limits of audio tolerance or into the relaxing world of cute twinkles. He doesn’t let the gras grow over it, but somehow magically integrates these two extreme opposites into one adventure that crazily enough seems to make absolute sense.

How is it possible for Martin Rach to be so talented ? What is Martin’s secret? What do we have to do to be able to obtain such skills as the ones that this artist so solidly displays in his latest album? I guess answers might not be around the corner, but observing the music with our very own ears like a fervent student of the audio arts by Martin Rach might be the only way to get a bit closer to understanding it. getting educated about the art of this artist’s incredible skill of button pushing might only be done when you oblige yourself to press the ‘play’ button yourself! Just do it, you’ll be amazed! Brains will grow and ears will flap!

It’s like listening to life that is having its ups and downs, but instead of up and down ‘Martin Rach’ has exciting nastiness and soothing sweetness to offer in these live recordings over here. Yep, it’s an entire event, truly pushing and seeking out the limits of what is music and what’s not. The most miraculous happening is that the live set sounds so fluently organic that everything flows into each other, pulling those strings of tolerance like a puppeteer who wears magic gloves, able to put an entire listening room into its hypnotic realm.

Excitements and rewarding smoothness seems to be the main ingredients to hypnotize an eager crowd down and into the experimentalist it’s flexible hands. Like an teacher of academic heights, his recordings should be observed and shown to the new generation of audio students. Spooning it up with a note book for noting down the smart transitions, the edgy art of balancing extremities and the outer limits of an successful live performance. watch and learn:


Where else could you hear this master displaying the intriguing use of densities, distances and differences than on the live album with all three keywords as it’s title? It’s a formidable way of ‘observe and learn’ and instead of hands on – it’s pretty much a case of ‘ears on’ educational material. But do not forget to listen from a listener’s perspective as well as the one of an eager student, cause the joy of being flabbergasted with these sounds and the joy that it brings in it’s stimulating whole is one not only to be heard from an academic point of view; it’s good and healthy entertainment for the most of us!

So hop in at least two times from different listening angles, feel your buttons to be touched by Martin Rach’s expertise and snuff it out like a eager detective in the search for tricks of the experimental trade! Enjoy and grow by feeling this master at work, fluently alive and skillfully well.

Noise recordings recorded live have always had a special place in our hearts here. Among the reasons is the fact of the added spontaneity, glitches and rawness becoming a part of the output. For a truly mind-blowing example, check out KK Null’s “Tokyo Ground Zero” track from the Entropy Ground Zero album.

Martin Rach caught our ear because even in the title alone he understands why we listen to this art… one word that we’ve said a million times; dynamics. It’s the degrees of density, the loud vs. soft volume, the differences in abrasiveness and delicacy among many other reasons.

To appreciate Martin’s approach, check out the video below. Densities, Distances, Differences captures and enormous amount of angles and directions in noise art all in one recording. He goes from harsh noise walls to minimalist discomfort; from allowing a hands-free approach to allowing the life of the noise to breathe on its own. I’d really be interested to hear him pull these elements apart, dissect them and focus within each recording. There are three tracks on the album on Bandcamp. There are especially some unique textures and dynamics in the second track.

Have a listen and support. This is a Name Your Own Price recording on Bandcamp. It will be interesting to see what this guy does next.